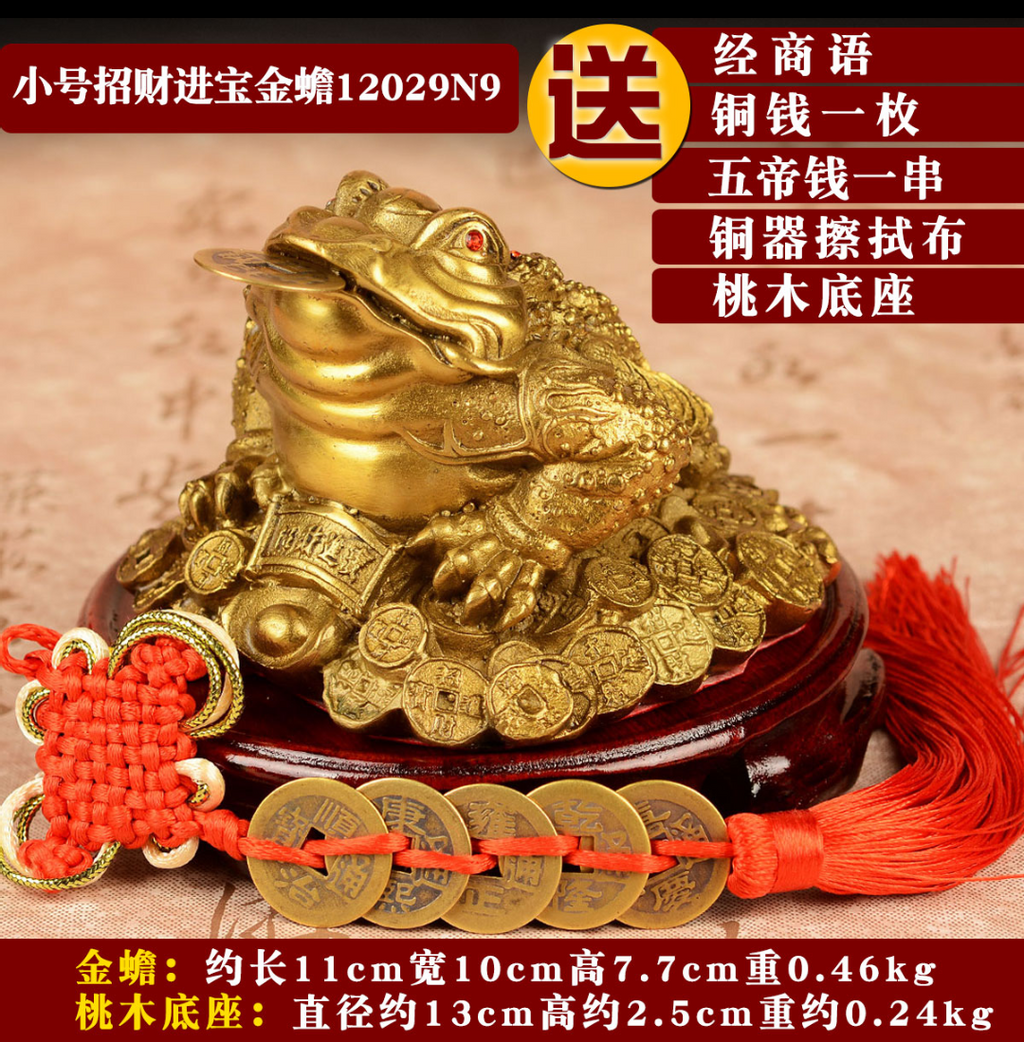 The golden toad, a good tool for wealth, a symbol of wealth, is a three-legged toad, different from what we see every day. The three feet, the back of the Big Dipper, the two strings of copper coins, the taiji rituals on top of the head, the wealth and wealth, and the beasts under the cymbals of the bangs can enhance the wealth of the civilian population, so they belong to the beasts of wealth. It is especially suitable for partial doors, such as lottery tickets, stocks, casinos, etc. Choosing the right time and position, the effect is not necessary. The purple sand toad is suitable for the orientation of the wood elements of the five elements.

Three-legged golden toad: The three-legged toad is called a "toad". It is said that it can spit money and is a wealth of wealth. There are many shapes. Generally, they are three-legged toads sitting on gold coins. They carry money strings, are plump, full of wealth, and self-sufficient. They have the beautiful meaning of "spitting treasures and making money," so Chinese folks have the saying " Those who get the golden toads will be rich. " If you place this thing in your home or shop, you will be wealthy and wealthy.

How to place lucky golden toad

1. Recruiting money golden toad can be placed on the family's financial position to achieve the purpose of widening financial resources.

2. Fortune-seeking golden toads should not be placed against water, such as fish tanks and water dispensers.

3. golden toad cannot be placed on mascots such as Buddha statues, and the placement should be lower than these mascots.

1. Mouth contains money: this type of golden toad means to fortune and treasure, so when placing it, you should turn your mouth toward the house.